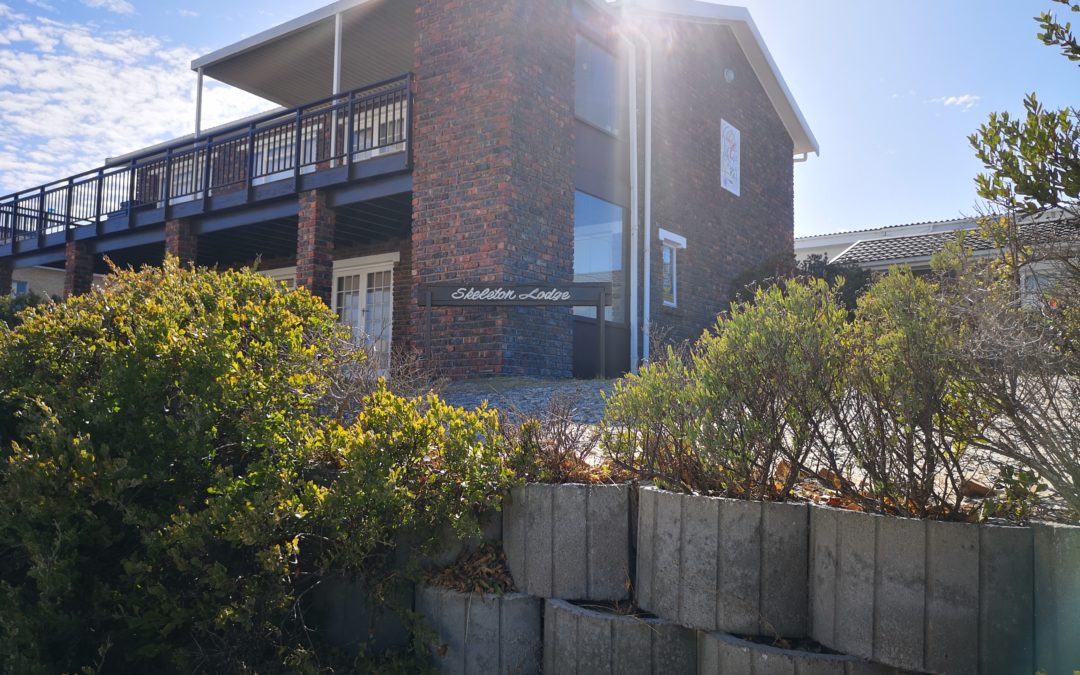 In 1976, the human remains in St James Cemetery, Langebaan, were exhumed and reinterred elsewhere. Several fancy buildings are now found on the land where St James Cemetery (together with a church and school) once stood. One of the buildings is named Skeleton Lodge.

One must assume that some thought went into the naming of Skeleton Lodge. Whoever decided on the name must have known that the building was erected on a site that was once a cemetery.

In 1966, the area of Langebaan in which St James Cemetery was located was declared a White group area. In line with apartheid laws, the land that accommodated a predominantly Coloured congregation was cleared to make way for White people. Such was the callousness of apartheid that not even the dead were spared the indignity of forced removals.

Perhaps the name “Skeleton Lodge” is a macabre attempt at witticism. But for those whose dead loved ones’ remains were dug up and reburied in a mass grave on the other side of the town, the name probably has another effect.

Playing with names is one of the ways in which people in positions of power display their belief in their superiority over others. Throughout history names have been used to demonstrate triumph. Names have also been used to ridicule and shame groups who have been conquered. Nowhere is this better illustrated than in the names given by owners to their slaves in the Cape Colony. For example, Fortune was a common name given to slaves as an ironic reminder of their lack of wealth. Other popular sources of slave names were characters from classical history and mythology such as Titus and Cupido; similar names were also given to the slaveowners’ livestock and pets and when the slaves came into contact with their namesakes the joke would be revealed. These names survive today in the surnames of many Coloured people.

Growing up on the Cape Flats, one can see how those naming patterns were also extended to places such as Valhalla Park, Lavender Hill and Heideveld. Beyond Cape Town, Sophiatown was renamed Triomf (literally, Triumph) after the forced removals of Black people who had to make way for working class White people.

Skeleton Lodge’s name plays an unintended purpose. In what is otherwise a town that has whitewashed its cruel past, Skeleton Lodge serves as a reminder of the people who lived, played, worshipped, learned and died in Langebaan but who are no longer wanted in the “nice” part. What might have been intended as a joke is not funny.