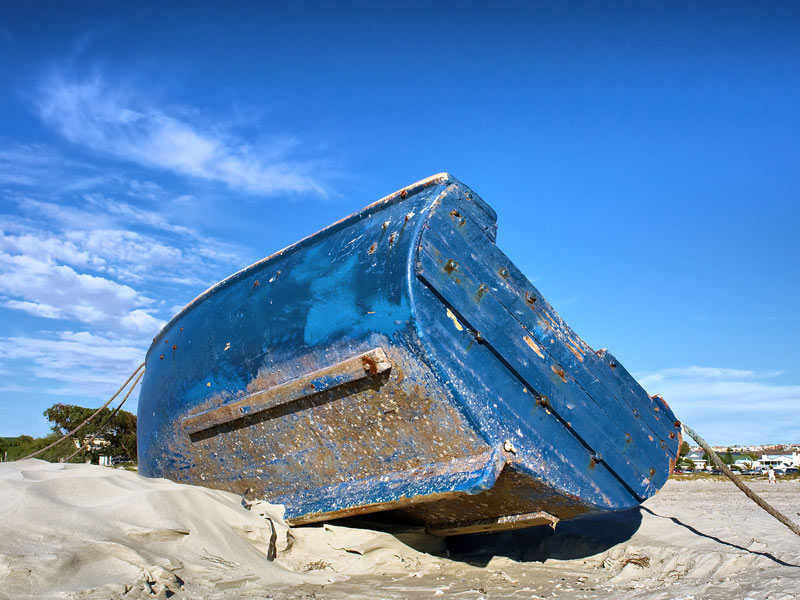 The stolen graves of Langebaan

Less than 2km from Die Watergat, the Langebaan pub where Eben Etzebeth is said to have been involved in a racist incident, lies Marra Street – named after a pioneer in the establishment of the town.

A descendant of the original Marra, Santeo Marra, has been involved in a struggle for the past 24 years to reclaim property which belonged to his family in Langebaan. In the 1960s, at the age of six, Santeo’s family left Langebaan to settle in Cape Town. They built a home in Athlone but the family returned regularly to the properties in Langebaan. They returned to the main house for holidays and rented out the cottages to the local people, who continued fishing and other work.

In 1966, the area demarcated as Langebaan A was proclaimed an area for occupation and ownership by members of the white group. This area included the property owned by Santeo’s family.

The Group Areas Act notoriously targeted communities and individuals who had documented proof – title deeds, lease agreements, etc., – to the property of which they were being dispossessed. Through this process huge tracts of land in areas which are now out of the reach of ordinary South Africans were taken from black people and handed to white people. In the Western Cape alone, prime property, which now falls in exclusive residential areas such as Constantia, Kirstenbosch, Claremont, and Zonnebloem (District 6), were declared white group areas and black people were forced to move. (See my article on Tohira Kerrike.)

Some of the first targets of the Group Areas Act in Langebaan were the dead. 87-year old Faye Smith recalls a meeting that was called in the local church hall to announce that the buried remains of Coloured people in the local cemetery would have to be exhumed to make way for a new road. “I pray that the ghosts of everyone who is dug up comes to haunt you and your families,” shouted one old woman at the white officials who came to make the announcement. The remains of everyone who was buried in the cemetery next to St James’s Church were reburied in a mass grave in the black section of Langebaan cemetery.

Father James Van Staden, who was the Anglican priest in Langebaan, points out that the destruction of the cemetery was preceded by the demolition of St James Church school and the church building.

Those black people who owned property in the newly declared white area of Langebaan were caught between a rock and a hard place. They could either sell their properties at greatly reduced prices to white people or they would have their properties expropriated by the state. Some considered deals whereby they would transfer ownership to a friendly white person in the hope of retaining some privileges. But such deals were fraught with risks. Tenants lost all rights and were summarily evicted.

In addition to losing the property, the townspeople lost their sources of income since the rights to the properties included fishing rights. The fisher folk were left destitute. Quality of life deteriorated and among the incalculable costs of the dispossession of land was the emotional trauma suffered by many of the older folk.

Santeo’s great-aunt, Gertrude Smith, grew blind and bitter in her old age in Athlone – more than 120km from Langebaan. When she died in 1970, the beach on which she played as a child was reserved for white people and she could not even set her feet on it again one last time.

The Commission of the Restitution of Land Rights was established in 1994 to deal with cases such as those of the Marra family. As early as 1995, they submitted their claim. They are still waiting for finalisation. In that period, two of Santeo’s siblings have passed away.

The options available to the remaining two are accept a cash offer which will be far below the current market price of the property, engage in negotiations with the current owners on the “willing buyer, willing seller” principle, which is generally accepted to have failed elsewhere, or accept alternative land of appropriately the same value in the area. They have opted for the third alternative. The Commission on Restitution of Land Rights acknowledges the legitimacy of the claim. As late as 2005, it claimed that they had requested the Saldanha Bay Municipality for a land audit report in order to proceed with settling the claim.

Descendants of Marra have been engaged in a long struggle to claim what is rightfully theirs. It’s another South African reality: people dispossessed of their properties who are yet to see justice done. Meanwhile, other claimants are growing older and dying without any restitution in sight.

Langebaan is still largely divided along racial lines and any effort to return black people to the areas from which they were forcibly removed just over 40 years ago is met with resistance. The Presidential Advisory Panel on Land Reform and Agriculture says, “On the confiscation of African land, the Europeans erased most evidence which Africans seek to use to prove lawful customary ownership of their ancestral lands. Graves and residential sites of Africans on some European farms were deliberately destroyed to wipe out evidence in many cases. The ancestors of Africans who were evicted from their lands could neither read nor write. Therefore, it is very difficult for their descendants to prove that they ever lived on the so-called ‘European farms’.”

But if a case as clear and simple as this of the Marra family has dragged on more than 25 years after the end of Apartheid, how will the ones with no evident paper trail ever see conclusion?

An edited version of this article was published in Daily Maverick.