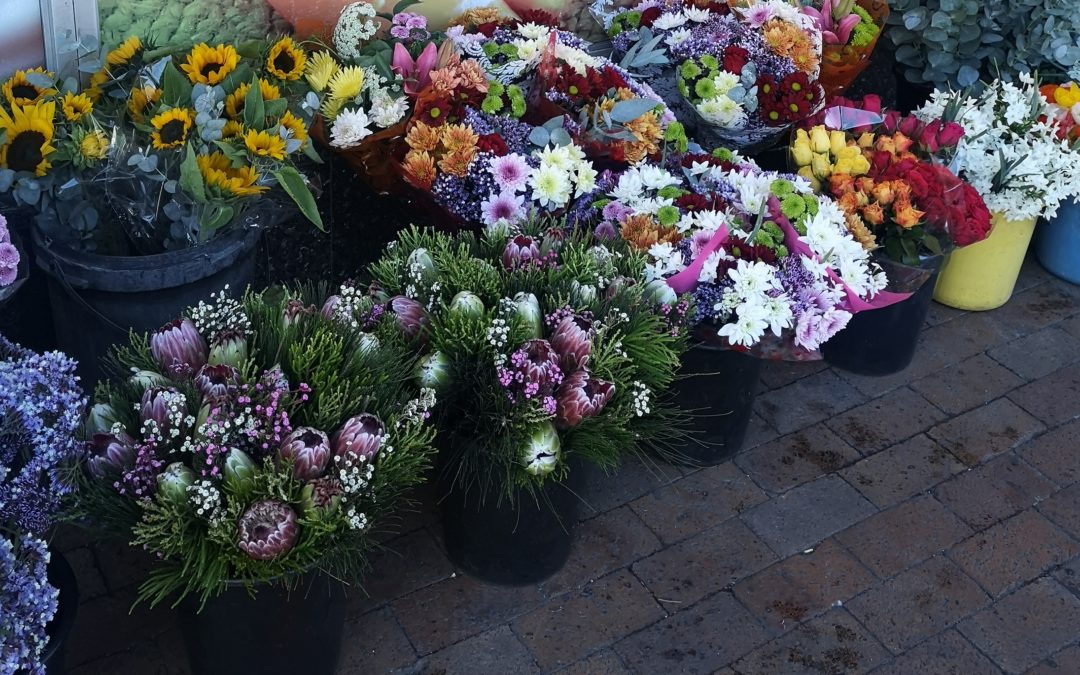 Tohira Kerrike has been selling flowers at Silwood Centre in Rondebosch for the past 45 years. More than 50 years ago, her family were the victims of forced removals in Cape Town. Despite the end of Apartheid and the hope inspired by the first democratic elections of 1994, she is still waiting for a land restitution claim to be addressed. She talks about her early life in Untold Stories: Memories of growing up in a different era, a book by the Cape Town Museum of Childhood. The book was launched on 23 April 2019.

Tohira’s father owned a small farm in Constantia at the top of Ladies Mile Road. On the farm, they grew vegetables and flowers. Her mother sold the flowers that were grown on the farm. In Standard 5 (which is Grade 7 today), Tohira started helping her mother with the selling of flowers. After passing Standard 5, she dropped out of school and started working as a flower seller. She would continue in this occupation for the next 52 years.

Cape Town has a long history of flower selling. Melanie Boehi writes in “The flower sellers of Cape Town – a history”, that the cut flower trade began as an activity of slaves in early colonial Cape Town and that flower selling began in the mid-1880s.

“Being largely excluded from careers in botany and horticulture during apartheid, flower farming and selling were occupations in which black people successfully made a living by working with flowers,” she writes. Like many things in South Africa and Cape Town, in particular, the occupation of flower sellers and the regulations of the trade were subjected to racist legislation.

Tohira’s mother sold flowers on the Grand Parade in the Cape Town city centre. The sight of flower sellers in the central business district of Cape Town eventually became a popular tourist attraction. It was not always so. In 1905, the introduction of a permit for the sale of flowers was discussed in Parliament. There was opposition to allowing flower sellers to conduct their trade in the CBD. As one parliamentarian stated, “‘able-bodied coloured’ men and women should not be flower sellers but employed as farm labourers or domestic workers.”

Nevertheless, by the early 1900s, flower sellers became a feature on postcards, tourist guidebooks and in local newspapers and magazines. They were presented as exotic characters, with little understanding of their real lives. Melanie says, “Photographs on postcards were altered in ways that emphasised not only the colours of the flowers but also of the flower sellers’ dresses, especially the ‘Malay’ attributes such as women’s headscarves and men’s fezzes. Painters, with Irma Stern and Vladimir Tretchikoff among the most well-known, frequently produced images of flower sellers.”

Flower selling is hard work. When Tohira started out, she had to get up at 5 o’clock every morning to get to the farm to buy fresh flower. Then she would go home to pack them before travelling to Rondebosch to sell them. In the early years, she would sell flowers till 2 o’clock in the afternoon. But “now business isn’t like it was, and you have to work the whole day!” she says.

The introduction of the Group Areas Act in 1950, placed the economic activity of black people in city centres throughout South Africa in a precarious position. In 1965, central Cape Town was proclaimed a white Group Area and it was announced that “the coloured flower sellers would eventually have to move from the flower market in Adderley Street.” In the end, they were allowed to stay.

However, the flower sellers experienced the wrath of the Group Areas Act in other ways. In 1968, Tohira’s family were uprooted from their farm in Constantia and forced to move to smaller land. Constantia, which today is one of Cape Town’s wealthiest residential areas, was declared a white area: black residents were evicted and their houses and gardens destroyed.

Melanie says that “Few traces remind us that until the 1960s Constantia was a farming area with a predominantly black working class population. They were farmers, farm workers, domestic workers and fruit and flower sellers, and they practiced subsistence farming, growing vegetables, fruit and flowers…” Being dispossessed of their land had serious consequences for black people. Tohira remembers eating the vegetables that her parents grew. Only surplus vegetables, like with the flowers, were sold on the market. Being forcibly removed from their farm and relocated to a much smaller area meant that they could no longer pursue their subsistence farming activities.

Tohira and went on a pilgrimage to Mecca at the age of 21. Today, evidence of the fact that her community once lived in Constantia is the Mosque and Muslim cemetery that still stands in Spaanschemat Road. Tohira and her family still go there. The school that she attended, Constantia Primary School, also still stands as a witness to their forced removal.

In 1998, Tohira’s family lodged a claim for the restoration of the rights to the land that they owned in Constantia. “If we ever do get it back, I’ll just thank God that we can go forward,” she says. Till today however, they have had no success. 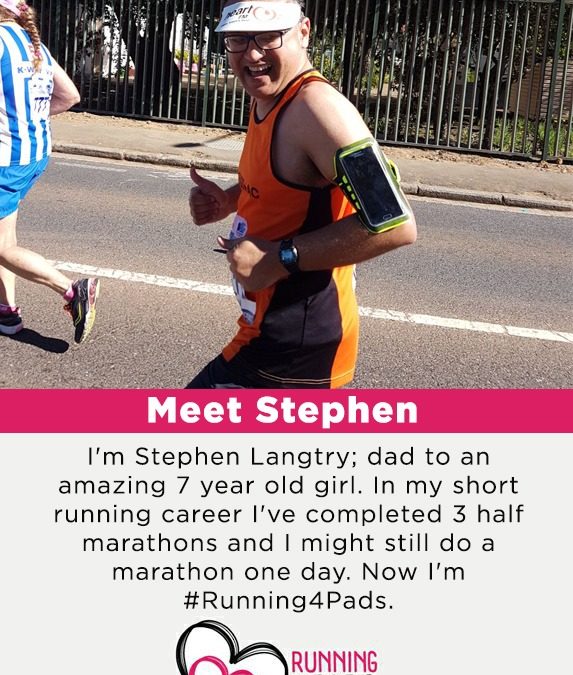 Access to sanitary pads is something that all girls who are old enough need every month. Yet, millions of girls miss between two and five school days every month due to lack of funds to purchase sanitary pads during their menstrual periods. (See https://www.comchest.org.za/content/sanitary-towel-survey-narrative)

The #Running4Pads initiative has the aim of securing and donating sanitary pads to schools and communities in need. #Running4Pads is a Non-Profit Company consisting of individual volunteers.

This team offer skills towards the campaign from social media, organising collections and running to raise awareness and ultimately the collection of packets of sanitary pads that is to be distributed to schools for girls in need. The team’s goal is to ensure that we can help as many school girls as possible by restoring their dignity and keeping them in school.

I enjoy running for medals but now I’m #Running4Pads. Contact me if you would like to donate a pack of pads for girls who need them. You can also make a financial donation into the following bank account.

Once a term, we visit schools in the Cape Town area and drop off pads that we have collected. Everywhere, that we’ve been the school staff are always grateful for our contributions and confirm the need that is out there.

The South African government has finally exempted sanitary pads from VAT. It’s a pity though that such an essential item is not made available free of charge for girls who need it.