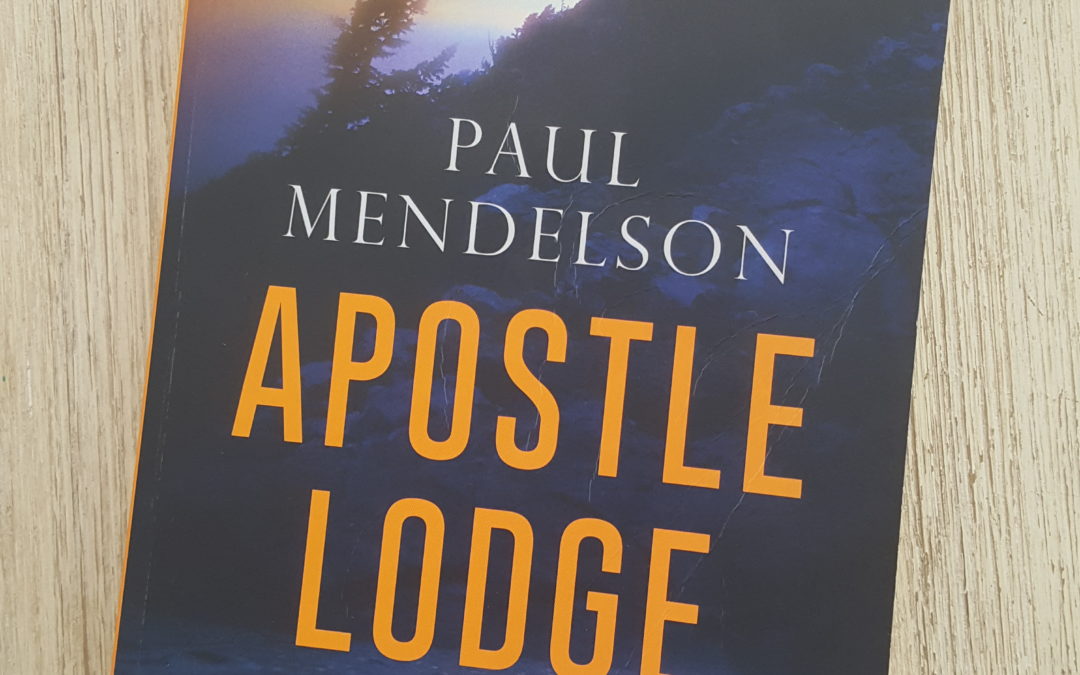 Recently, news reports drew the links between crooked cops, gang violence and the seedy world that exists beneath Cape Town’s tourist-friendly surface. It is therefore not surprising that the so-called Mother City has been the setting of a number of works of crime fiction over the last few years. Enter, Paul Mendelson.

On face value, Mendelson is singularly unqualified to join the club. He is born and bred in London. “I discovered Cape Town almost 30 years ago; fell in love with it, the people, and a group of friends who have grown to be enormously important in my life,” he says when I caught up with him shortly after the launch of his latest thriller, Apostle Lodge. What an odd way to pay tribute to a city that one loves. But the same can be said about crime fiction writers who choose New York or London as their settings.

“I think that the contrasts between the beauty and horrors of this city make a fine backdrop to a crime novel,” he says. Mendelson’s Cape Town is a city of contrasts. On the one hand there is the natural beauty typified by the mountain and ocean, and on the other, there is the visible evidence of poverty in the sprawling informal settlements composed of corrugated iron and wood houses. There is the hope brought about by the new freedom and democracy but there is also the scourge of high rates of violent crime and corruption.

Cape Town has become part of the international scene. The communications revolution has brought everyone closer but there are pros and cons to this. All people, including criminals, can now communicate easier and work more efficiently. South African crime fiction writers such as Deon Meyer (whom Mendelson considers to be a master of the genre) and Margie Orford have previously introduced Cape Town as the backdrop to best-selling thrillers. Mendelson isn’t far behind them.

Paul Mendelson enjoyed success with his first novel, The First Rule of Survival. But this was after 35 years of trying. Meantime, he had written over a dozen non-fiction books, newspaper columns, features, and for local magazines. His first novel was followed by The Serpentine Road and then The History of Blood.

All four of his crime fiction novels feature the Cape Town cop, Colonel Vaughn de Vries. Vaughn de Vries is very much a child of the apartheid era, trying to adapt to the new South Africa. “I am Vaughn’s age and I find I am becoming increasingly change-averse, so I appreciate that it is not always easy for him,” Mendelson says of his protagonist.

Mendelson is a fairly disciplined writer. He spends about six to nine months thinking about a book before he starts writing; taking about three to four months to do the actual writing. Typically, he starts a writing day at 15:00 and finishes at 01:00 the next morning.

Will Vaughn de Vries make the transition to screen as so many fictional detectives before him? “There are film and TV companies with options on my work, looking to develop books into TV series or feature films and when one of those comes to fruition, I am hoping that may free me up to develop screenplays and scripts,” Mendelson says.

For now, Mendelson is working on his fifth novel. “When I’m writing a book,” he says, “I go through what I now realise are recurring emotions. After the first quarter, I can’t decide if what I’m writing has any merit whatsoever. At the half way point, I think I should have written a different book, usually focused on a minor theme I have running in the book, and at the three-quarter point, I question whether anyone will be want to read what I’ve written at all. So far, thankfully, these concerns have proven fruitless but, I think, as a creator of any kind, you do wonder if you will ever be able to do it again. Here’s hoping…”

1. What made you decide to locate your crime novels in Cape Town?

I think that the contrasts between the beauty and horrors of this city make a fine backdrop to a crime novel, as do the immersive political machinations which South Africa has endured over the past 150 years and, not least, during the reign of Jacob Zuma.

Politics in South Africa is so visceral, so immediate that I think to ignore that element of a story which is happening in the public eye, is to misunderstand how people in Cape Town (certainly those whom I know) view their lives here.

2. What is the most difficult part of your writing process?

I try to be meticulous in ensuring that there aren’t holes in plots – that is a constant battle to ensure continuity and logical progression. The characters must live, not only within the novel, but certainly before they appear, and perhaps even afterwards. I want to honest and true to my characters and not have them act in a way just to suit the plot, which would seem false, or in an illogical manner. The characters always come first and, if the plot must change because of them, so be it. That sometimes leads to problems but, if I can solve them, I feel that I have been loyal to the people I have created.

3. Do you read your book reviews? How do you deal with bad or good ones?

I try to treat both as the imposters they so obviously are. I am delighted if people enjoy what I do, but I’m aware that we all have different tastes. There are hit TV shows, garlanded novels, and multi-award-winning films, that I simply don’t enjoy or admire. So, obviously, not everyone is going to like what I do. That said, I have been lucky that, generally, people seem to like my novels and, when they are critical, they make completely valid, constructive points which I try to remember.

4. What advice do you have for someone who would like to become a published writer?

I enjoyed overnight success with my first novel after only 35 years of trying.

Meantime, I had written over a dozen non-fiction books, newspaper columns, features, local magazines, etc. So, I regret to say that it is simply this: write and write and write some more. When you are not writing, read. Immerse yourself in your chosen genre and learn what appeals to you and ask yourself how you might reproduce it in your own style, with your own characters, and your own stories.

5. What are your favourite authors and books?

Within the genre of crime, there are many writers whose work I admire. Let’s start with the king of SA crime, Deon Meyer, whose first half dozen books are master classes in wonderful writing (and that’s even in translation – I’m told they are even better in Afrikaans).

I enjoy US crime very much, my hero being James Ellroy. His early work (which, he claims, he now no longer likes) is raw and disturbing, and his later novels brilliantly weave his own, largely amoral, characters into twentieth century US history, which are epic, the use of language utterly wonderful. Like Shakespeare, you need to give your ear time to adjust to the rhythms of the speech, but I find them all-consuming.

Michael Connelly and Robert Crais are two more US authors whose work is inspirational and who I cannot recommend highly enough.

In the UK, Mark Billingham and Val McDermid are two authors whose works continually enthrall me, both masters/mistresses of their art.

6. If you could have dinner with one person, dead or alive, who would it be and why?

Just my partner, Gareth; thank you. He’s a fine braai-meister and, even after 23 years together, still the best company around. So, a nice braai in the garden on a lovely summer’s evening. That makes me incredibly happy.

7. What does success as a writer look like to you?

There are film and TV companies with options on my work, looking to develop books into TV series or feature films and when one of those comes to fruition, I am hoping that may free me up to develop screenplays and scripts and spend more time writing and less time teaching and lecturing and doing other things.

If that were to happen, that would be my idea of success as a writer.